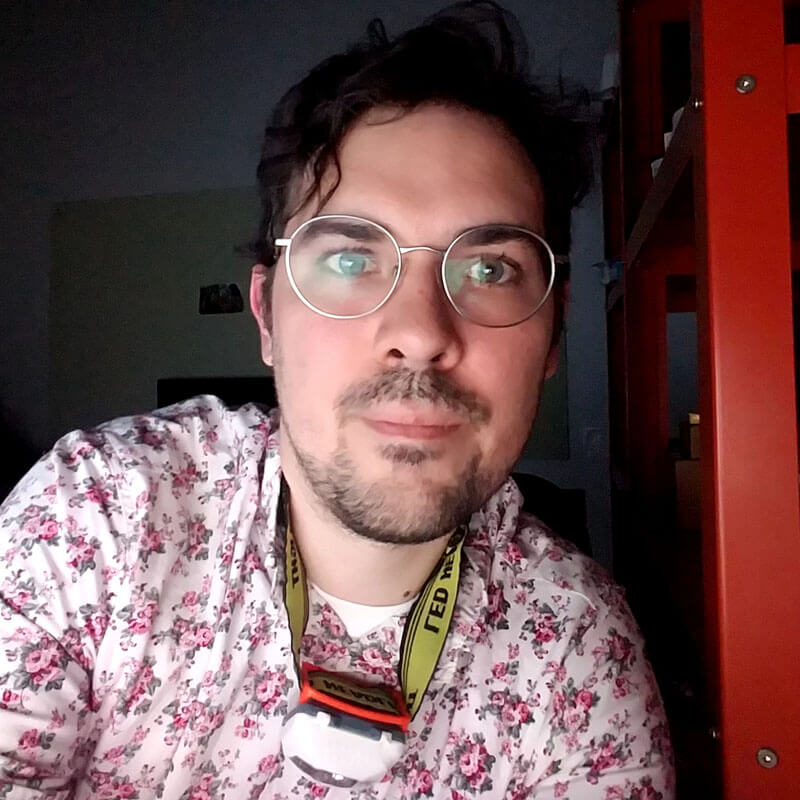 Steve earned his BFA from Ithaca College’s Park School of Communications in 2006 and moved to NYC to work as an editor for The NewsMarket. He moved to Austin, TX in 2010 to produce video content for the SXSW Film Festival and worked as a freelance editor and colorist. In 2014 he earned a Film/Video MFA from MassArt, studying under avant-garde-master Saul Levine, and projecting for him at Boston Film Society. He worked as a film technician for Light Industry and DiJiFi in Brooklyn before being joining Final Frame in 2018. His found-footage films have screened all over the US, as well as Canada, Chile, Germany and Russia.