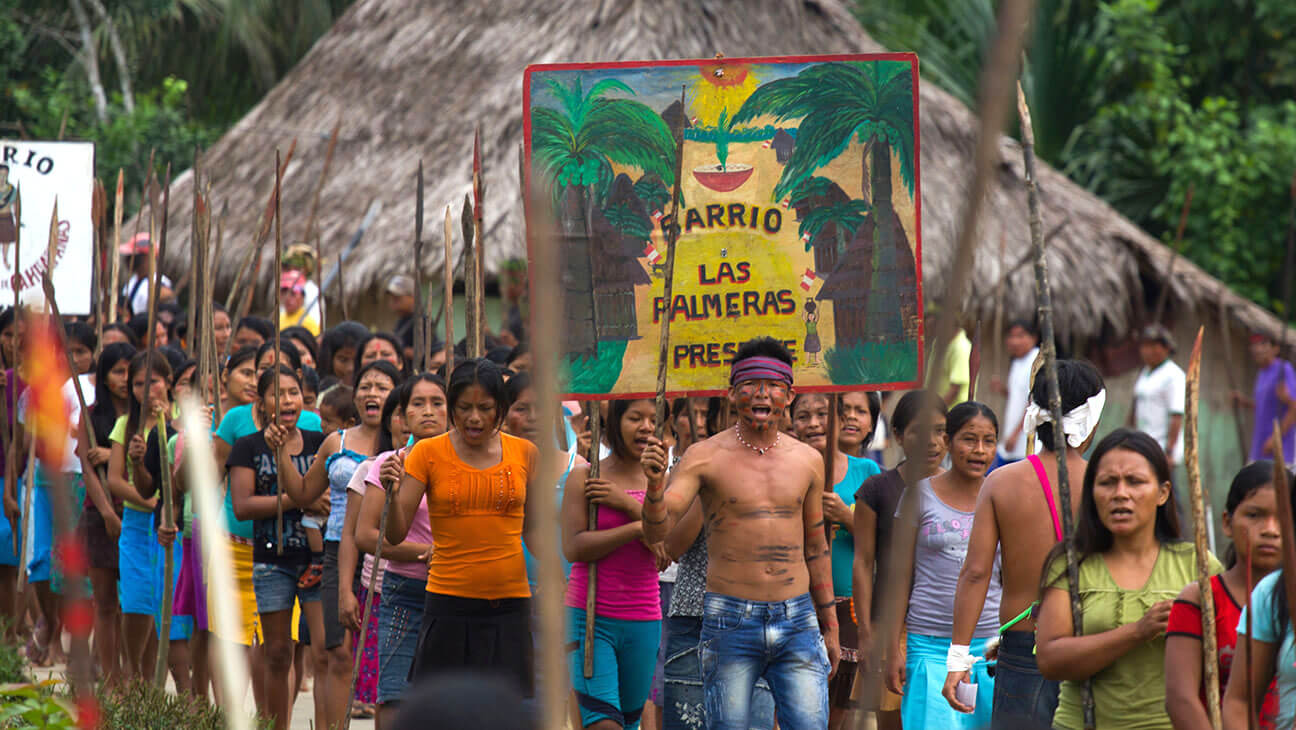 In this tense and immersive tour de force, audiences are taken directly into the line of fire between powerful, opposing Peruvian leaders who will stop at nothing to keep their respective goals intact. On the one side is President Alan Garcia, who, eager to enter the world stage, begins aggressively extracting oil, minerals, and gas from untouched indigenous Amazonian land. He is quickly met with fierce opposition from indigenous leader Alberto Pizango, whose impassioned speeches against Garcia’s destructive actions prove a powerful rallying cry to throngs of his supporters. When Garcia continues to ignore their pleas, a tense war of words erupts into deadly violence.

Filmmakers Heidi Brandenburg and Mathew Orzel capture all angles of a volatile political and environmental crisis with breathtaking access and bold, unflinching camera work. From the raucous halls of justice to deep in the heart of the Amazon jungle, When Two Worlds Collide exposes a titanic clash between a president hungry for economic legitimacy and an outspoken environmentalist desperate to protect an ancient land from ruin.